Prebujanja (Awakenings) is a multi-movement composition for trumpet, speaker, and sounding stone, based on four interconnected poems by Jakob Barbo. Here is what the young poet says about his poems: »The beginning of this four-part work represents the world of still – dead – nature that barely exists outside the interpretations of the living. Although it does not itself perceive the living, it acts as a stimulant of human sensations and relationships – in this specific poem, of love.«

The percussion ensemble SLOVENSKI TOLKALNI PROJEKT, or shorter SToP, was founded in 1999. Academically educated musicians gathered to play quality chamber music and exploit new percussion sounds. They upgrade their musical and social mission by staging educational concerts for the young, by organising seminars and the BumFest festival and by actively encouraging Slovenian composers to write percussion music.
Recently StoP has become involved in other musical and non-musical art genres: singing, dancing, video etc. Thus it has discovered synergy in other art fields and (consciously) shifted from performing strictly classical percussion programme. The ensemble won the Župančič Award in 2013 and the Prešeren Fund Award in 2014. 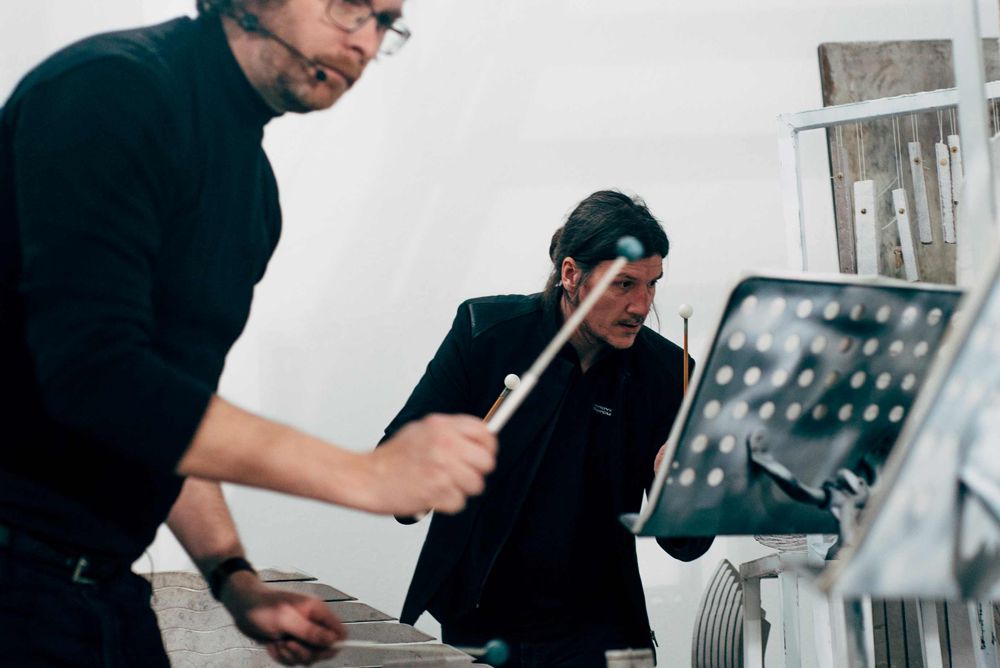 Franci Krevh graduated from percussion at the Music Academy in the class of Boris Šurbek. He has been employed with Slovenian Philharmonic Orchestra for fifteen years. During this time he has performed as a soloist (Tan Dun`s Paper Concerto for paper instruments and orchestra), a chamber musician (Slovenian Philharmonic percussionists) and creator and speaker of symphony concerts for young listeners. Percussion and percussion music is the center of his professional life and personal interests. For many years he has been helping to create the programming scheme for Slovenian Percussion Project. Franci is also looking for new challenges with the Ensemble for Contemporary Music Ensemble MD7 and ensemble for old music Capella Carniola. He is the co-author of Percussion terminological dictionary and leads drum circles. 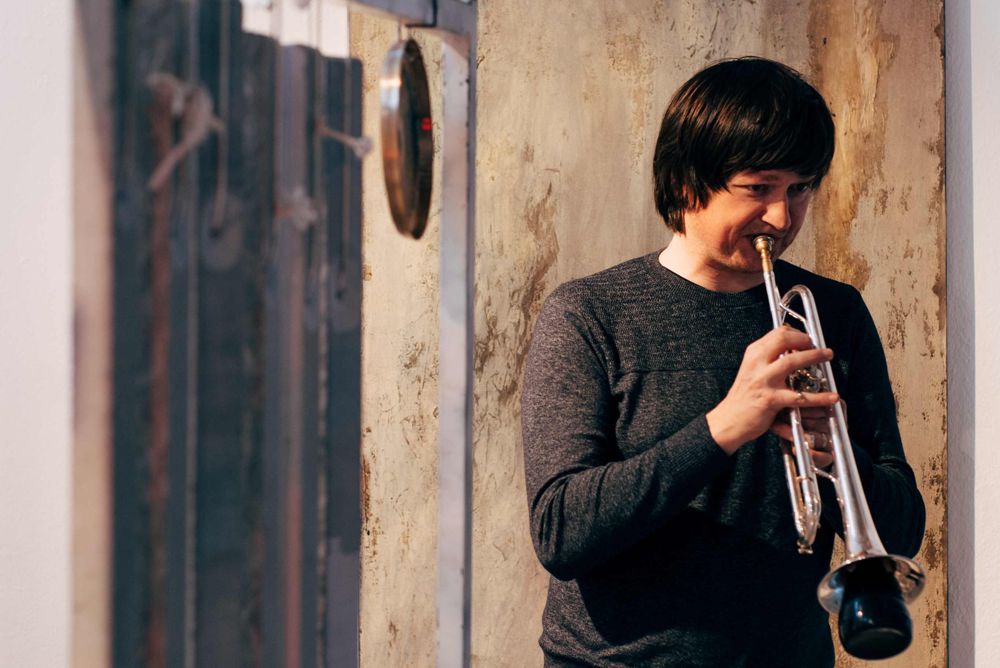 After graduating from secondary school in Celje Franc Kosem has continued to study trumpet at the Academy of Music in Ljubljana with Professor Anton Grčar. Later he completed his postgraduate specialist training with the same professor. He carried on with postgraduate at the Musikhochschule in Karlsruhe, in the class of Professor Reinhold Friedrich, where he successfully completed the studies in 2010. As a student he was awarded the Prešeren Student Award. As a soloist, chamber or orchestral musician he has appeared in a number of top music festivals (Pacific Music Festival, Lucerne Festival, Festival Mahler Days in Toblach, Maribor Festival, Slowind Festival ...) and concert halls throughout Europe, USA, Japan and Brazil. He has collaborated with renowned orchestras and ensembles from Slovenia, Croatia, Austria, Italy, Israel, Japan, Poland and Switzerland. Since 2004, he plays the solo trumpet of the Slovenian Philharmonic Orchestra, but is also a member of the Slovenian Philharmonic Brass Ensemble, Brass Trio Triumvirat and SiBRASS Quintet. In year 2015 he was given professor position on Music Academy of Ljubljana University. For his achievements he received the highest national award, the Prešeren Fund Award, in 2012. 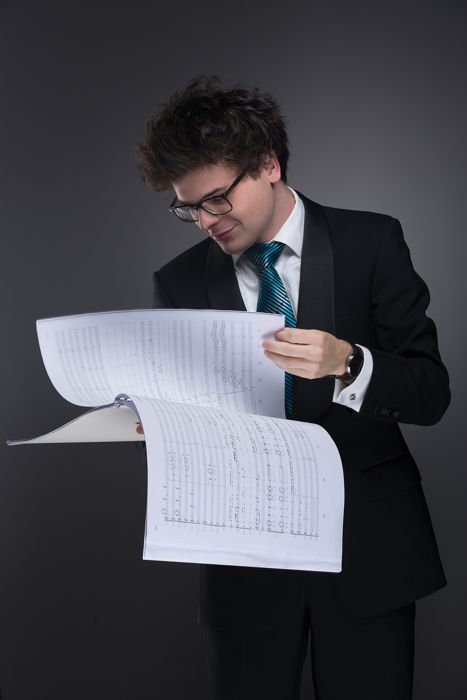 Tilen Slakan is a Slovenian composer who started his musical path in the primary music school »Risto Savin« in Zalec where he played trumpet and piano. He continued playing the trumpet in the Artistic Music High School Velenje in the class of David Spec. At that time he also became very interested in composing and he got much help and encouragement from his teacher Slavko Suklar. He decided to continue his studies of trumpet and composition at the Academy of Music in Ljubljana, where he graduated in the class of Stanko Arnold. He finished his Master studies of theoretical-musical pedagogy and composition under Mark Mihevc. At the moment he is studying musical theory and composition for his PhD Degree under the supervision of Andrej Misson.

Jakob Barbo is a student of orchestral conducting at Academy of Music Ljubljana with prof. Marko Letonja and Simon Dvoršak. Since the beginning of high school, he has also been active a poet and a librettist. In the year 2014, following many awards on poetry competitions, the first collection of his poems was published (Ki k roži, 2014). In the past few years, his poems were inspiration to composers who wrote lieder, choral pieces and stage performances based on them. He has also written librettos for short operas (Le Petit Café, 2015; Stari ima vedno prav, 2017; Nepotrebna, 2018) and for a cantata (Povodni mož, 2017). 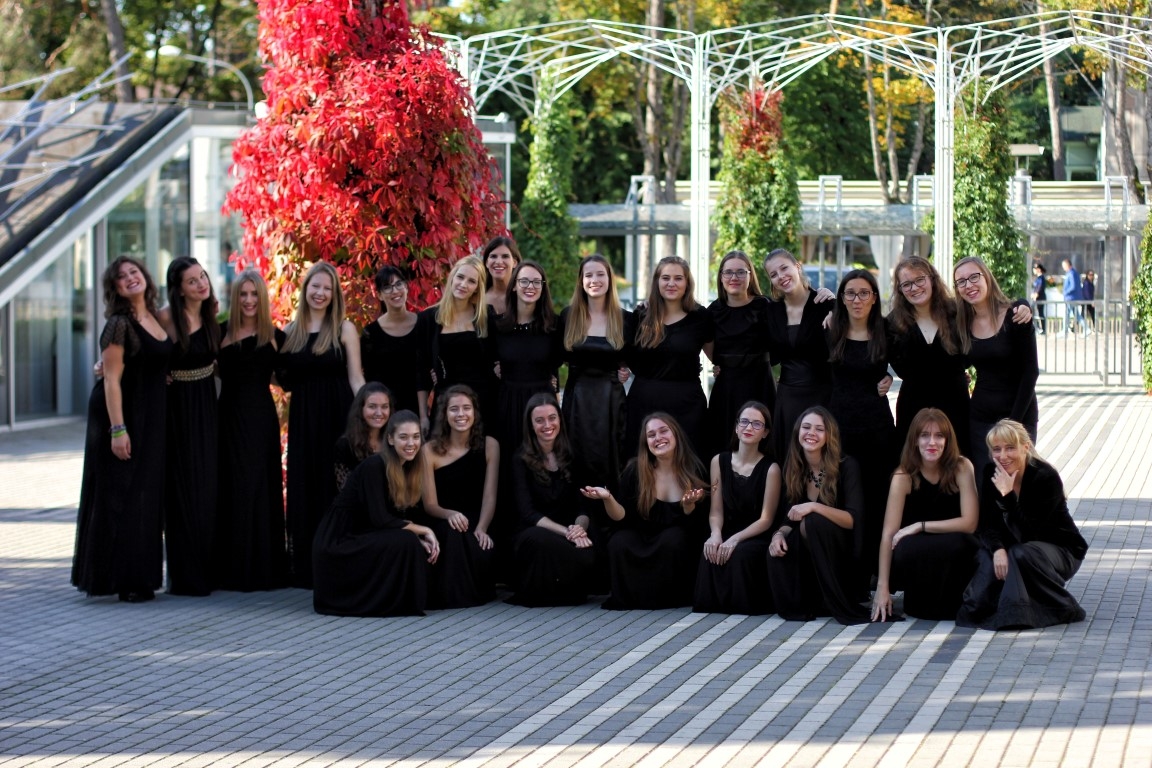 The Girl's Choir of the Koper Music School grew out of the Youth Choir of the Koper Music School. For the past eight years, it has been led by conductor Maja Cilenšek.The choir has been invited to perform at festivals in Italy, Austria and Slovenia. In 2012 the choir won 2nd Prize in the international competition »Città di Rimini« (Italy) and 1st Prize in the international competition »Varsovia Cantat« in Warsaw (Poland). At the international competition »Incanto Mediterraneo«, in July 2015, the choir was awarded a gold medal, 2nd Prize, and a special prize for the best performance of a compulsory piece. In September 2017 the choir took part in the International Baltic Sea Choir Competition, held in Jurmala (Latvia). It scored 95 points and won 2nd place, as well as a special prize for the best performance of Eriks Ešenvalds' Lux Aeterna, the competition's compulsory piece. The choir regularly gives first performances of works by contemporary composers (Uroš Rojko, Bojan Glavina, Ambrož Čopi, Tadeja Vulc, Andrej Makor, Matej Bonin). 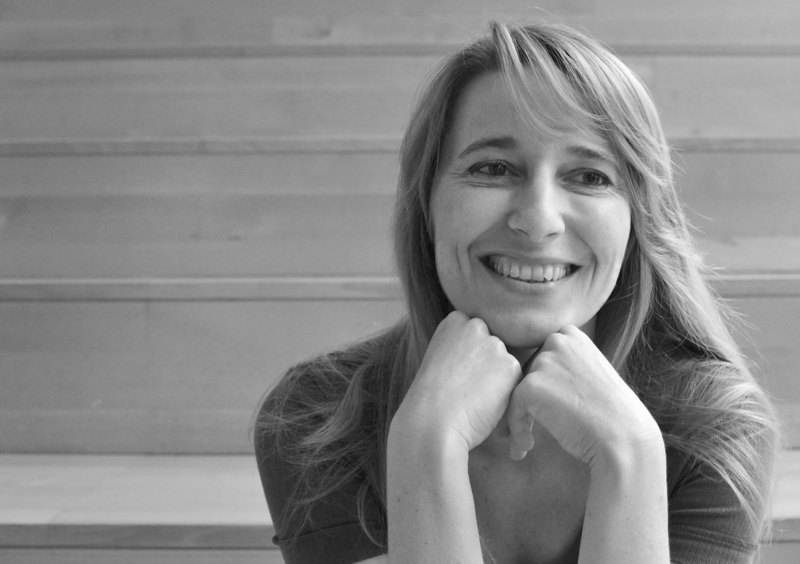 Maja Cilenšek graduated in musical pedagogy from the Academy of Music in Ljubljana, under the mentorship of Marijan Gabrijelčič. She teaches at the Koper Music School and the Koper Primary School.
She has been successfully conducting children's and youth choirs for several years and has achieved a number of first places and special awards both in Slovenia and abroad. She has co-operated with various musical institutions and associations as a lecturer, expert evaluator, and jury member. In 2009 she was awarded the golden plaque of the Association of Cultural Societies of the Municipality of Koper for exceptional achievements in the field of music. In 2014 she was the recipient of a special award for achievements in the field of musical education, granted by the Ministry for Education, Culture and Science of the Republic of Slovenia.